Wildlife That Reside in Marcy’s Woods

Marcy’s Woods is ecologically significant for the variety of animals considered to be nationally vulnerable species (animals that are special concern due to their biology and habitat that put them at risk of population decline due to human activities or ecological events). 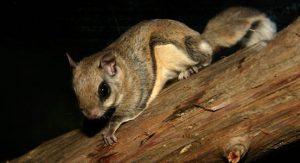 Point Abino and Marcy’s Woods is a prime stop over for migrating land birds and has been a key location for Bird Studies Canada to inventory and track the various species. The areas that combine to create Marcy’s Woods are inhabited by distinct bird species. In total, 85 species including the Red-bellied woodpecker, pileated woodpecker, yellow throated vireo, red breasted nuthatch, blue-winged warbler, northern parula, hooded warbler, and the black-throated green warbler can be spotted on the precious land.

The woodland species of Marcy’s Woods including the Red-headed woodpecker, Cerulean Warbler, and Hooded have been designated by the Committee on the Status of Wildlife in Canada (COSEWIC) as being nationally vulnerable.

The Woodhouse Toad is another example of Marcy’s Woods ecological importance as this toad is nationally, provincially and regionally rare, but continues to thrive in Marcy’s Woods.